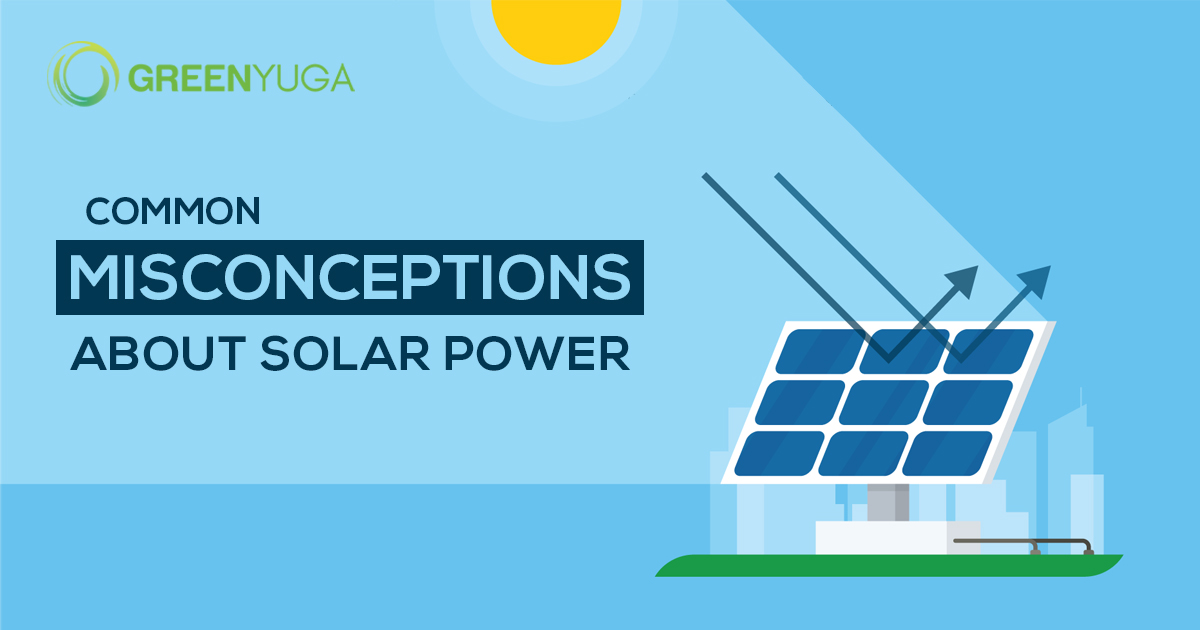 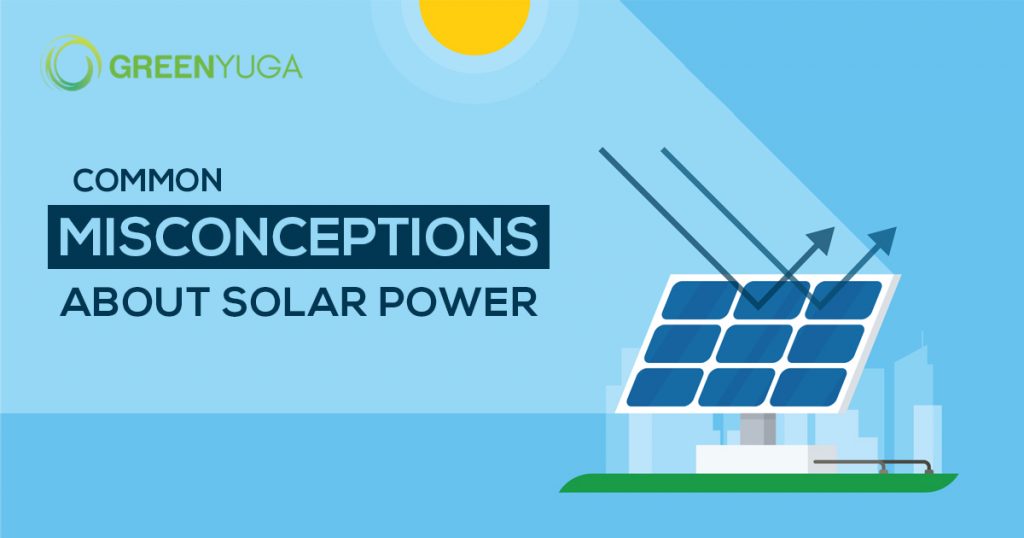 Solar power has numerous benefits but some people are still skeptic about installing solar power. Let’s break all those misconceptions/myths about solar power.

Cloudy weather may reduce the amount of solar power produced, but it can still work efficiently in these conditions. Solar on-grid system works by collecting visible light, and during cloudy weather clouds still reflect large amount of sun’s visible light which in turn generates electrical energy.

Contrary to the regular belief, solar panels require very less maintenance when compared to any other form of electricity generation. As there are no moving parts involved in the solar rooftop system the maintenance is very low. Many of the times solar panels outlive their 25 years life warranties. The only maintenance that’s required is washing surface of panel with water when every a large amount of dust falls on the panels.

During installation of the panels, the panels are placed at an angle to give the panels the maximum exposer to sunlight. There is no pointing in installing tracking system given the cost of installation and efficiency gains that it gives.

Contrary to the statement solar rooftop system does the opposite of that, it actually protects the roof. Solar panels protects your roof from sun, rainfall etc this in turn increases the life of the roof. Professional installers don’t damage your roof while installation.

Professional installers design the structure system based on the wind conditions and required amount of precautionary measures are taken to avoid flying off. Presently in India most structures are designed for 120km/hr wind speed and in most of Indian sub-continent the winds speeds are far below this. In windy places you ask the designers to give you structure which can handle higher wind speeds.

Myth 8: You don’t get loans for solar rooftop projects

Lot of government and private Indian banks provide loans for solar projects at very less interest rates. Some banks like State bank of India (SBI) give solar loans at rate of 8.85 per annum and without any collateral requirement.

Myth 9: You don’t get tax benefits

You do get tax benefits, firms which install solar on their roof top can clam up to 40% of accelerated depreciation in 1st year, 40% in 2nd year and 30% in 3rd year.

Now a day’s, lots of people are thinking of go green and to do their bit to stop global warming so installing solar on your roof top would give you more respect and appreciation in the society. The value of the asset increase with the installation of solar power on the roof.

Some people believe that solar panels produce sound but its false. Solar panels don’t produce any sound. Inverter produces a very low humming sound which is audible only you are standing beside the inverter.

Greenyuga is an innovative thought process of a team dedicated to move India towards a greener Future, with a tagline “For Greener Tomorrow”. We provide a complete customized energy saving solution such as solar photovoltaic (PV) rooftops, solar street lights, solar pumps and solar water heaters, etc.